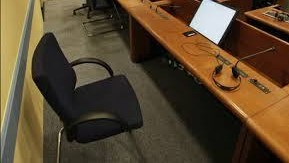 Apart from the perfunctory approval of meeting minutes and votes intended primarily to ratify management recommendations, decisions made by corporate boards of directors are – or should be considered – profound. The consequences of board decisions affect reputations, revenues, jobs, employees, customers, investors, regulators and countless other constituencies.

Whether or not it’s obvious at the time, virtually every decision a board makes has overwhelming reputation and communications implications. In fact, a company’s entire reputation might be at stake as boards deliberate a new strategic direction, an acquisition, a product launch, a proposed investment, a key executive hire or the resolution of pending litigation.

Boards of directors in corporate America should have learned a lesson in the Tyco/Enron/ Toyota/ Global Crossing/WorldCom/Health South/Adelphia era of fraud, corruption, bribery, greed and mismanagement. If Sarbanes Oxley didn’t get their attention, surely the collapse and bailout of the U.S. financial system in 2008 must have.

Wrong. Open your news feed on any morning and you’re likely to read about another corporate blunder. Consider in the last year alone the reputational and market-cap fates of United Airlines, Wells Fargo, Mylan Pharmaceuticals, News Corp’s Fox Broadcasting, Samsung, Volkswagen, Toshiba, Turing, Hampton Creek, and Takata – not to mention JP Morgan’s $40 billion and growing mountain of fines and settlements.

A Missed Message of Earlier Scandals?

Members of so many corporate boards apparently missed these messages of earlier scandals where board actions – or lack of appropriate action – inflicted lasting and costly damage to once trusted and trustworthy brands, not to mention the company’s market cap.

Oddly, the boards of those earlier offenders, as well as the more recent crop, generally consist of the same club of current and former corporate CEOs and CFOs, a lawyer or two, a couple of influential investors, a smattering of academics tossed in for appearances and a female executive or socialite to create an appearance of board diversity. Not a single one of these major companies – and likely only a handful nationwide – has sitting at the board table a veteran of the often dirty and dreadful realities of reputation management, corporate communications, or issues and crisis management.

Enlightened companies decades ago upgraded the role of the company’s chief communications officer from that of publicist or flack. Only rarely today and in the most inept organizations is the person in charge of messaging called in after-the-fact to write – or in Sean Spicer’s case, read from – a press release without participating in senior management discussions and being present as decisions get reached. Unless the messenger participates in the back-and-forth around a decision, hearing all the best arguments for and against a specific direction, there’s no way to frame the ultimate result for public release.

Bad News Is Not a Lovely Calling Card

In 40+ years providing both outside counsel and heading corporate communications at some of the largest companies and biggest brands in the world, bad news too often was my calling card. The CEO inevitably would wince when I walked into his or her office and closed the door behind me.

Our ground rules were clear: I wasn’t there to puff up an ego, deliver happy talk and make them feel good. My job was to give honest, sometimes brutal feedback and counsel on the consequences of a decision we were about to make, or a mess that needed cleaning up and was, so far, conveniently being shielded from the CEO.

This role didn’t come with lots of warm hugs in the C-Suite. It was more akin to skydiving without a parachute. But, in most instances, often after my second or third pounding or following lots of behind-the-scenes executive suite lobbying for back-up to my position, we would re-open the discussion, and occasionally shift course just enough to avoid an ugly and public thrashing of our reputation.

And, sometimes, despite my best arguments, intransigence set in – and we just got hammered for taking the wrong course. That’s where the clean-up began.

The Board Club When It Hits the Fan

CEOs and the club they assemble as their boards of directors generally come with prestigious MBAs and decades of business experience. Too many of them mistake that experience for having the slightest notion of how to handle a situation with serious communications and reputation implications. And, regrettably, most sticky situations or weighty decisions come with an abundance of both.

Rarely if ever is communications and reputation management taught in business schools – not even the best. In my experience, most young MBAs, those C-Suite execs-in-training, arrive reasonably clueless and with precisely the wrong instincts. When they missed their quarterly numbers or faced a plant closing or encountered a union organizing drive or uncovered fraudulent activity, they were lost and essentially clueless. Their run-and-hide predilection was so ingrained that I often wondered if it might have been part of their business school curriculum.

But eventually they learned how and when to communicate – by listening, by watching and by doing the right thing. It occasionally required a drill and bit to get into their heads, but eventually they grasped the unhappy consequences of taking the shady path.

So why hasn’t the voice of reputation management experience – what many of my colleagues used to call “the conscience of the company” – found its way into the boardroom? A table surrounded by veterans of mergers and acquisitions and complex operational challenges has enormous value, but that experience is rarely relevant when decisions of corporate survival are being debated.

Wouldn’t someone who has fought and been bloodied in the reputational fights, who knows how to read a company’s varied publics, who understands the intricacies of communicating to various audiences, who can predict the first 10 questions investors and reporters will ask, who has averted or at least managed crisis situations in ways that minimize the damage – wouldn’t that resource be an asset at the board table?

Avoiding ugliness ultimately has value incredibly more paramount than hiring experts after the fact to come in and tidy up the mess. Yet that critical corporate board seat remains glaringly empty, the reasons for which absolutely mystify me.

4 thoughts on “The Empty Boardroom Seat”