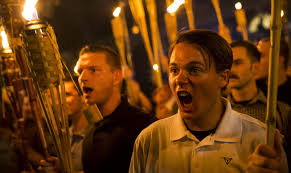 Can We Please Move On?

The Civil war is over, okay? It ended in 1865 — claiming 620,000 lives, virtually equal to all other wars fought by the United States combined. Nobody likes the words, but the Civil War was an unconstitutional and treasonous uprising centered on one primary issue — slavery.

Are we all clear on that?

I know it’s uncomfortable for those still holding a death grip on the Confederacy. But, yes, it was treason to declare war on the United States. You just don’t start a war to ensure that any new states joining the union could choose slavery. It’s inhuman. Unfortunately for historical reasons, this particular philosophical divide also fell along geographical lines — essentially southern states versus northern states.

It was unfortunate because for the ensuing 150+ years, the South has has vigorously celebrated its rebellious uprising and the North has not. Of course, there are millions of Americans up north who fully embrace the racist principles of the Confederacy — and millions in the south who do not. Also, there are battlefield monuments north and south — and when I visit them, I leave some quite sad and others equally mad.

The Issue is Racism. Period.

Today racism gets wrapped in all sorts of states rights issues that were debated and argued as the U.S. Constitution was being written. But the long-abiding and underlying core issue that has persisted over these 150+ years has been racism.

Today it’s no longer a debate about captive and abused Negro slaves versus free Black Americans. Racism now extends to any minority that dares not to have white skin and speak English. Frighteningly, it extends even to White Americans who have disabilities that render them weak in they distorted minds of those who feel some supremacy over these perceived lesser beings.

We also fought a war over that point in the 1940s and those in favor of racial purity lost. Not that it seems to matter to a newly visible breed of antagonist whose sense of superiority has gone beyond the white sheets, cross burnings and lynchings of the KKK. Today we find goose-stepping, swastika-bearing, Nazi-saluting traipsing around the country trying to incite violence to celebrate their misconceived White Supremacy.

Beware of Those Taking Up Arms Again

There are hundreds of these armed militias organized all across the U.S. Have we forgotten Timothy McVeigh, a member of one such militia, who in 1995 decided to air his grievances against the government by driving his homemade truckload of explosives to the front of a federal building in Oklahoma City, killing 168 people, injuring 680 others and damaging 134 buildings within a 16 block radius.

McVeigh was executed for his atrocity in June 2001, just a few months before a different brand of terrorism distracted us from the terrorists sitting in our own backwoods.

Under the radar, the Oklahoma City bombing in so many ways seems to have ignited over the ensuing 20 years a new kind of civil war, visibly building and growing like a volcanic dome ready to erupt at any moment and for whatever perceived injustice.

Then Enters a Total Buffoon to Fuel the Fires

Along comes what some at the time might have considered comic relief. Instead we got a blustering voice of intolerance, bigotry, misogyny, hatred and ignorance whose lies and divisive rhetoric and vacuous, empty promises appealed to enough disenchanted people in just the right states to land him in the White House. While he so far done little damage legislatively, his executive branch powers have enabled him to start dismantling so much of the progress made in this country since the Civil Rights Act and Voting Rights Act were passed in the 1960s, not to mention all the progressive legislation since then.

What Happened to Our Values?

The Civil war is over, folks. Those who tried to overthrow the United States lost. The issue of racism was dealt with, in the 1860s and again in the 1960s. We had become a country that declared proudly:

“Give me your tired, your poor, Your huddled masses yearning to breathe free, The wretched refuse of your teeming shore. Send these, the homeless, tempest-tossed to me.”

Prospective immigrants and refugees to America read those words now and must laugh out loud, or weep inconsolably.

If we stay on our current path, I predict there will be a stampede to the door alright, but not the door in. There will be a rush to any door that gets us the hell out of an intolerant society seemingly intent on turning back anything that vaguely resembles progress toward more democracy, toward a more perfect union.

I believe what needs to be done is reasonably simple.

So, How About This? Love Your Neighbor

It’s time to embrace again the radical notion of loving our neighbors and helping those who cannot help themselves. And if that help means corporate executives cannot take home hundreds of millions and billions in pay each year without paying as much tax as their average workers pay, then so be it. How much excess does one person need when we have millions of homeless and hungry and sick Americans with no place to turn?

One thought on “Rekindling a Spark of Morality”